We continue to improve our particle engine and and try to bring it to a new level every month. First of all we added a set of controls that determines how a particle should appear and disappear in a scene. 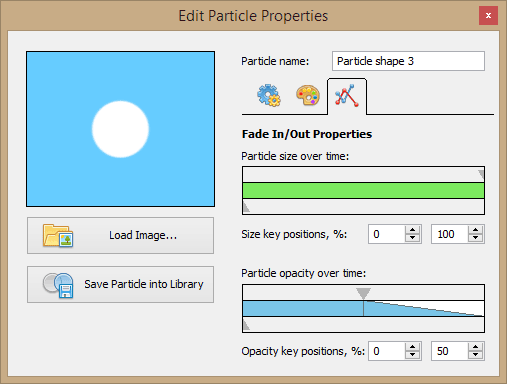 As our particle engine becomes more complex, we have decided to add presets into the Animation library. Presets are ready to use animations with a limited number of controls for convenient use. In this month’s update we added two fire animation presets and updated the fog animation.